How did the peddler betray the confidence reposed in him by the crofter in ‘The Rattrap’?

How did the peddler betray the confidence reposed in him by the crofter in ‘The Rattrap’? [CBSE (AI) 2008C]

Answer: The peddler did betray the confidence reposed in him by the Crofter. He considered this world nothing but a big rattrap. It sets baits for people. The peddler unwillingly allowed himself to be tempted to touch the bait. Those thirty kronor which the Crofter stuffed into the pouch proved to be bait. He stole the money. By doing so he committed a breach of trust. It was nothing but simple moral degeneration. One dark evening as he was walking along the road, he saw a grey cottage by the roadside. He knocked on the door to ask for shelter for the night. He was well-received there. The owner was an old man (crofter) without a wife or child. He was happy to find a man to talk to in his loneliness. The old crofter served him supper, gave him tobacco and played a game of cards with him. The old man went to the window and took down a leather pouch. He counted thirty kronor and put it into the pouch. It provided a big bait. The peddler was tempted to steal them. In this way, he betrayed the confidence that was reposed in him by the host. 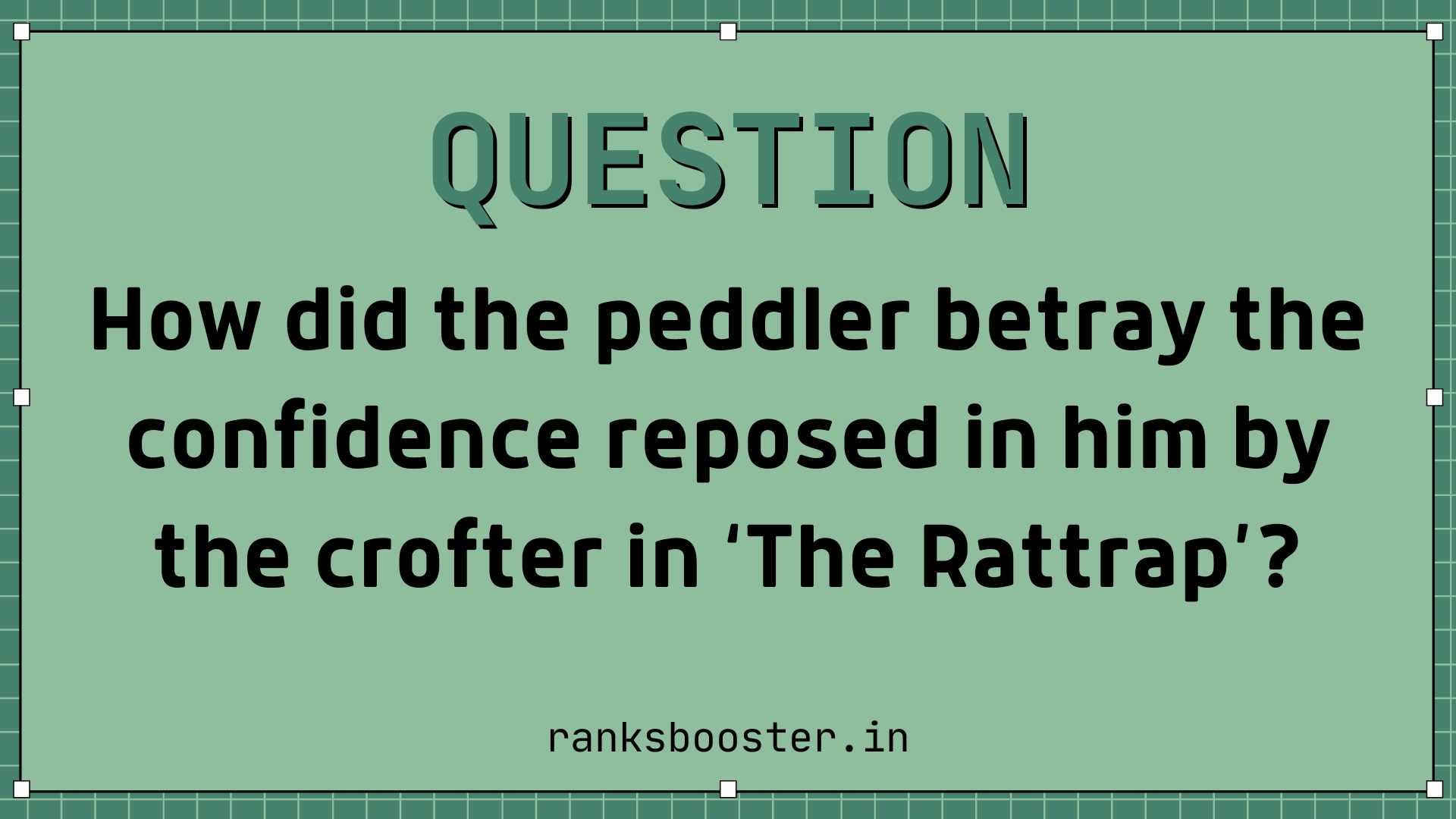