How does the poet describe the classroom walls?

How does the poet describe the classroom walls? [CBSE Delhi 2010]

Answer: According to the poet, the walls of the school are discoloured and have a faded look that looks like sour cream. The poet compares the faded walls to the faces of the children who look pale. 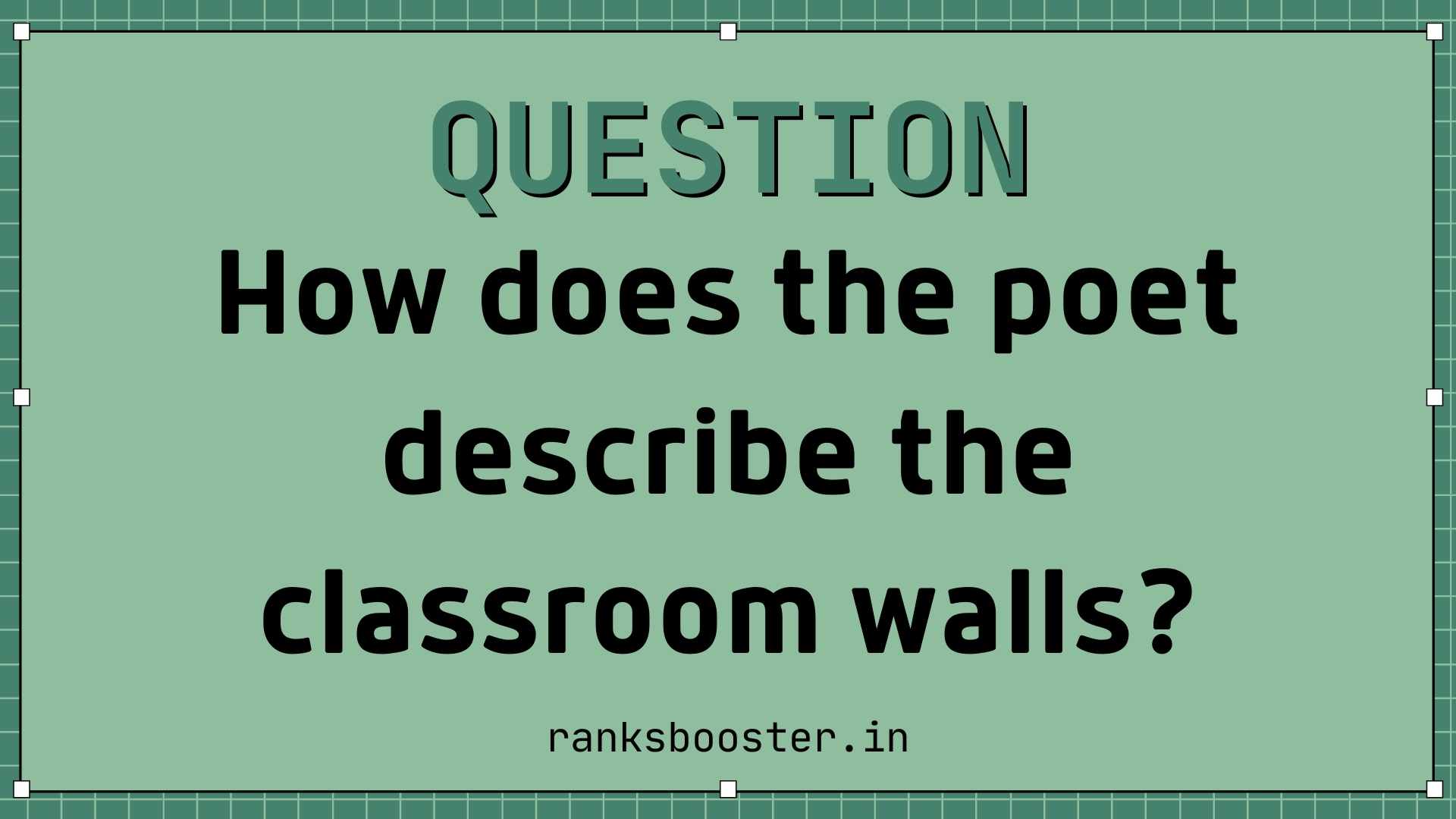