What is the theme of the poem, ‘An Elementary School Classroom in a Slum’?

Answer: The poem ‘An Elementary School Classroom in a Slum’ highlights the theme of social injustice and class inequalities in society. The meaninglessness of having such schools in the slums is brought out. The poet wants meaningful education for the slum children which will liberate their minds and pave a way for them for a better future. 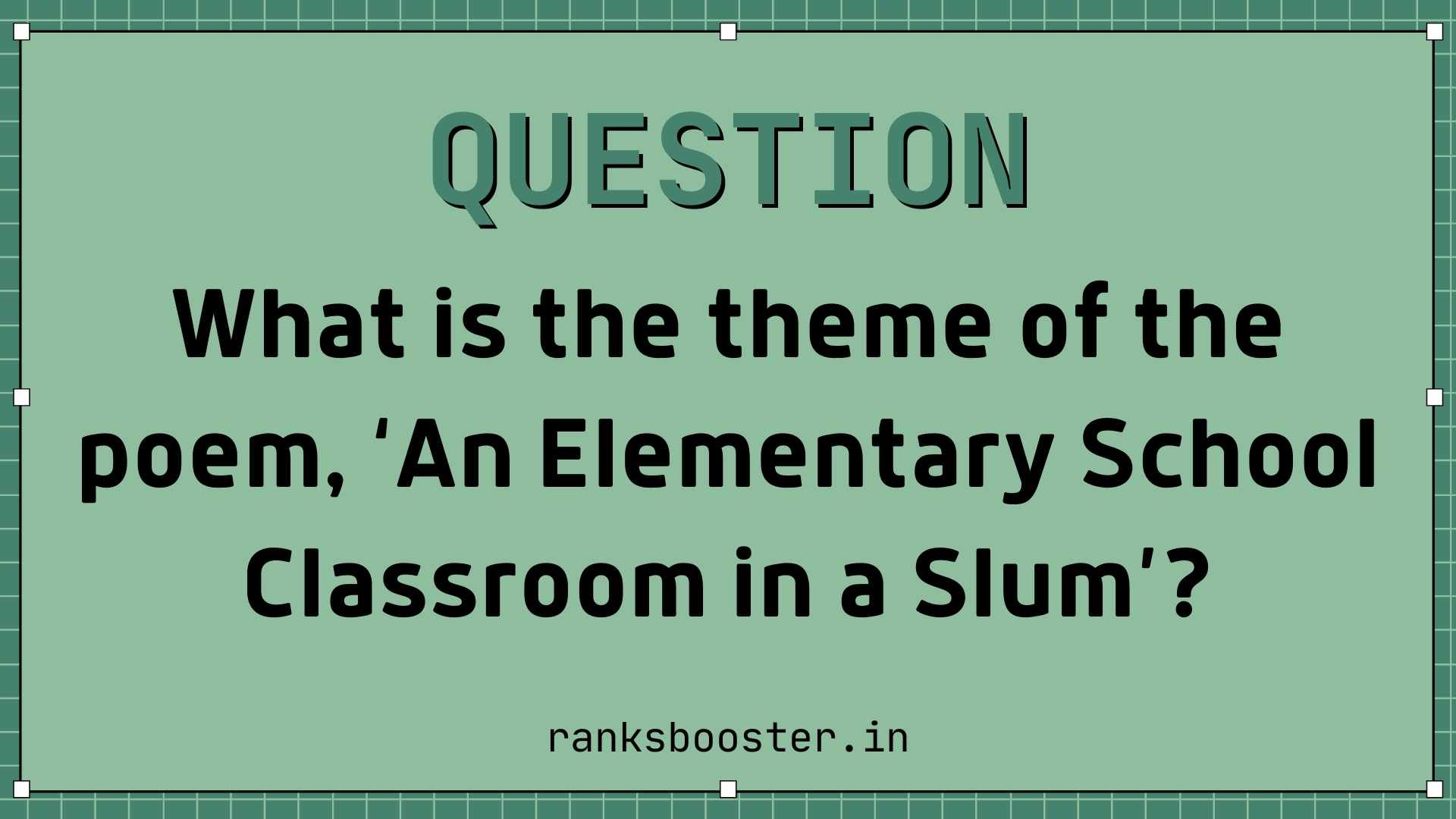