Describe how Mr Lamb and Derry’s conversation bring about a change in the views of Derry, towards life

Describe how Mr Lamb and Derry’s conversation bring about a change in the views of Derry, towards life Class 12 Vistas Question Answer, Class 12 Vista

Question: Describe how Mr Lamb and Derry’s conversation bring about a change in the views of Derry, towards life.

Answer: The interaction between Derry and Mr Lamb had been short but the impact on Derry was very powerful. Mr Lamb tried to show Derry that life is much more than his obsession with his disability. It is good to know one’s limitations but limiting oneself because of the limitations is wrong. To prove his point, Mr Lamb gave examples of other people’s lives and also his own. He wanted to show that disability is not in the body but in the mind and the moment it engulfs the mind, one loses out on oneself. Mr Lamb does not ask Derry the reason behind his disfigured face, something which everyone else had done. Mr Lamb’s apparent disregard for his own disability also amazes him. For someone who was fixated with his own disability and who had in fact started pitying himself, it was a shock. Mr Lamb, without overtly advising him, through his actions and behaviour, his benevolent nature and through his optimistic attitude towards life, made Derry realise that there is more to life than being forever concerned with oneself. The old man instilled a new hope in Derry to live life on his own terms. 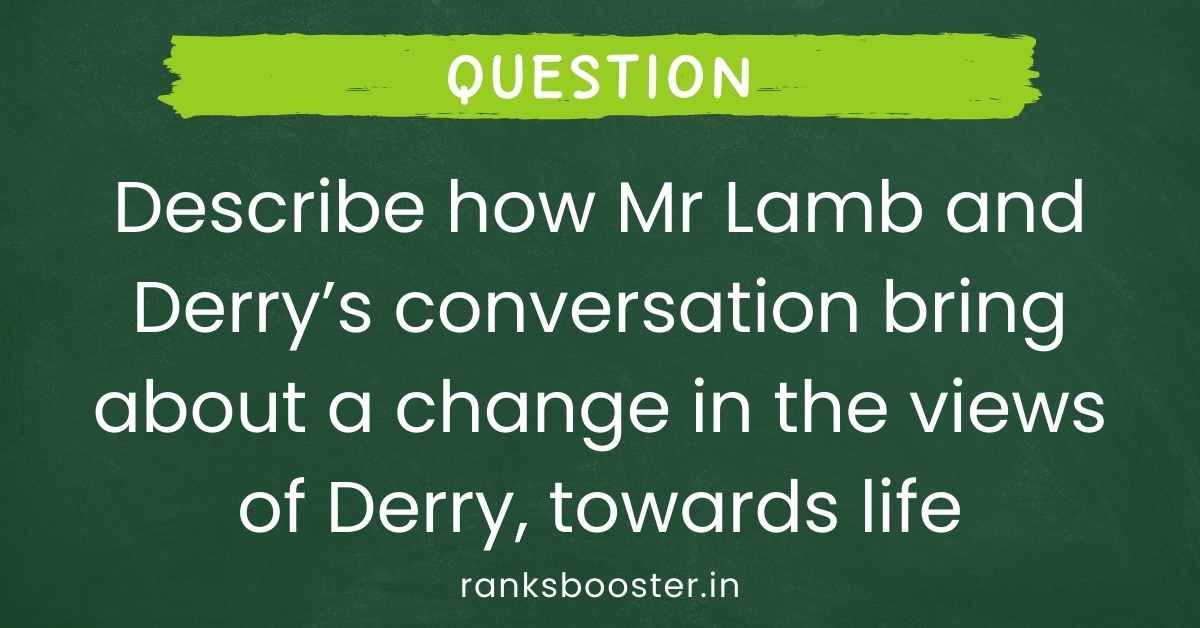