Which social class spearheaded the nationalist movement in Europe? Describe its main demand

Question: Which social class spearheaded the nationalist movement in Europe? Describe its main demand The rise of nationalism in europe clsas 10 histr

1. To create such government which should be formed based on elections.

2. To have the right to vote, right to form associations and other basic rights.

3. To abolish all the privileges given to the rich people based on birth.

4. To create such rules and laws which promote trade and increase wages and employment opportunities.

5. Politically and socially, all the laws should be made in consideration with all the sections of the society. 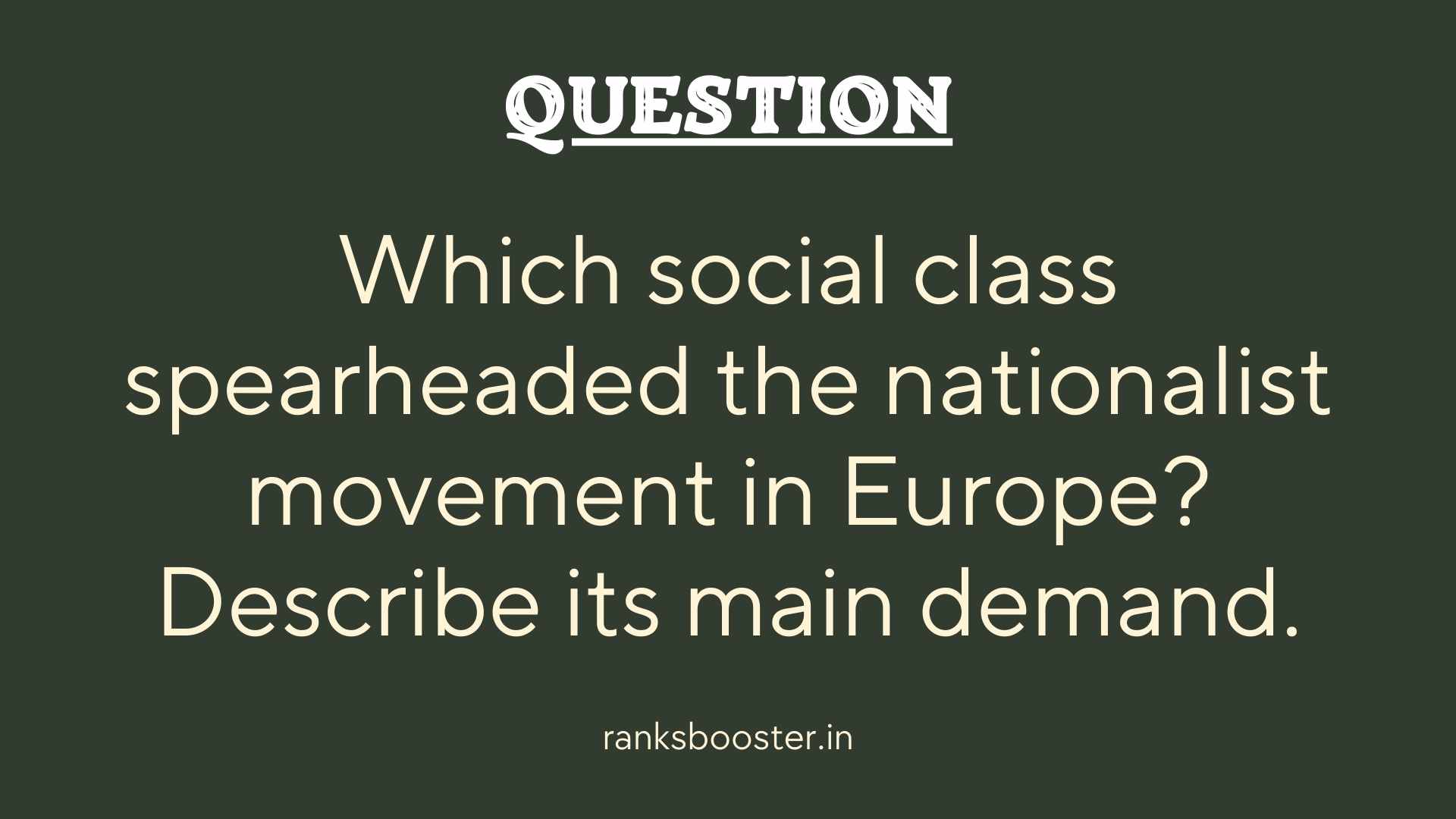