Why was the demand of labours seasonal?

Question: Why was the demand of labours seasonal? The age of industrilization clsas 10 histroy question answer with detail cbse question answer, previ

Question: Why was the demand of labours seasonal?

Answer: The seasonal demand for labour means that the labour that is required by the industries is depended on the season that is present there. Mostly the labour is required during a particular season in a very large number, and as the season , passes, the labour requirement becomes zero. In many industries, the work was seasonal, so the employers demand for labourers was seasonal. This can be explained as follows: Many industries had worked only during certain months and seasons of the year. The gas work industries were also busy during the winter months.

1. The demand for certain labour was seasonal like, breweries, where beer was made was busy during winter seasons.

2. Bookbinders and printers catered to the festive season of Christmas. Winter was also the month where ships were taken for cleaning. All these industries needed extra labour during their time of the year and thus in the rest of the month's labour was without work. 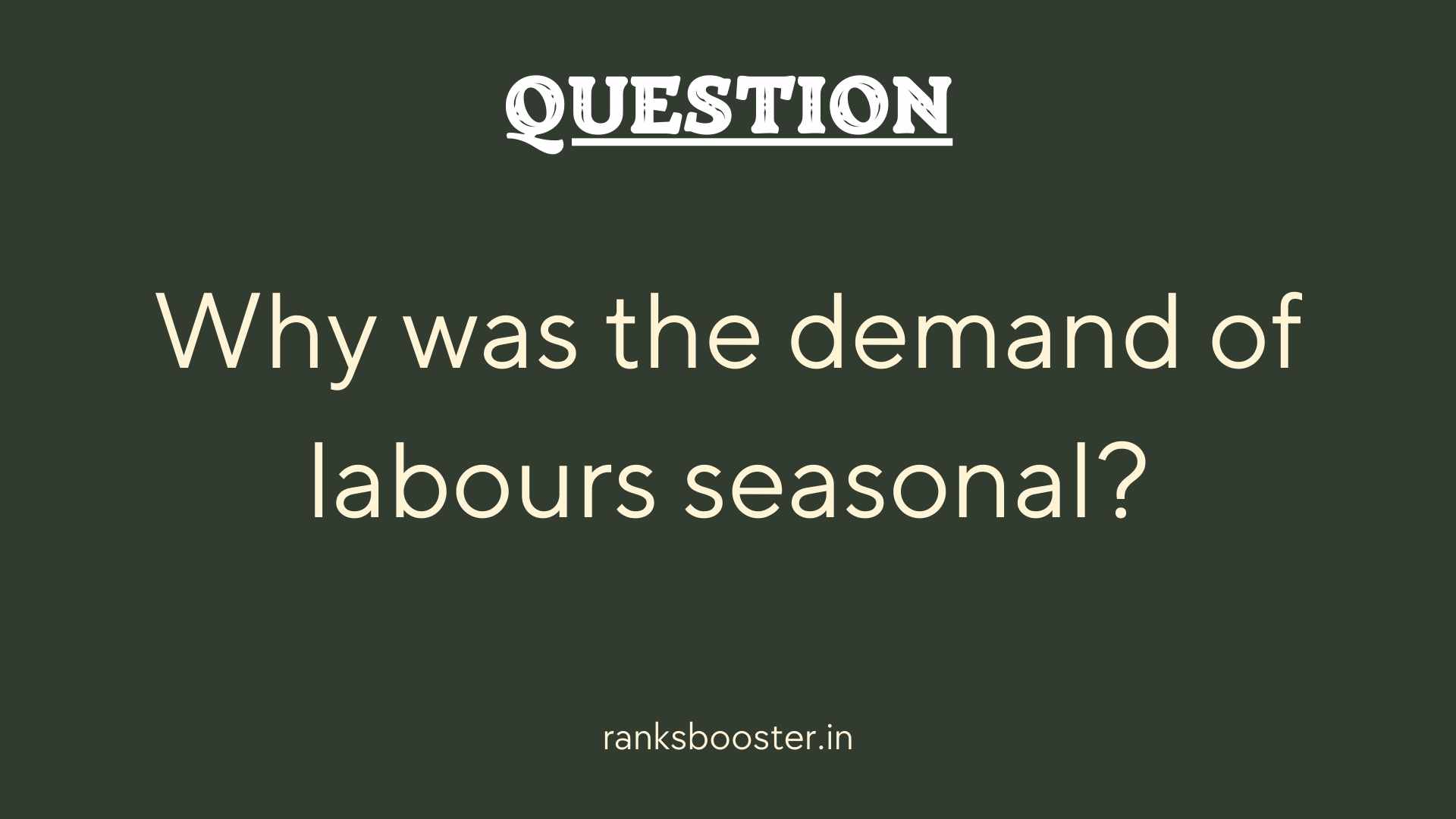