Question: Explain giving four reasons why the industrialist of Europe preferred hand labour over machines during the 19th century The age of industril

Question: Explain giving four reasons why the industrialist of Europe preferred hand labour over machines during the 19th century.

Answer: Reasons why industrialist preferred hand labour rather than machines and heavy equipment:

1. The labour was available in large quantities thus it was cheap.

2. The labour or the handwork was cheaper than the costly machines.

3. The costly machines had huge investments which were not affordable by the industrialists, and they were more comfortable with hand labour.

4. Machines had huge maintaining costs, and if they ever broke, it was tough or nearly impossible to repair them.

5. Seasonal labour was used at certain times of the year as the machines could not be bought only for a seasonal purpose. 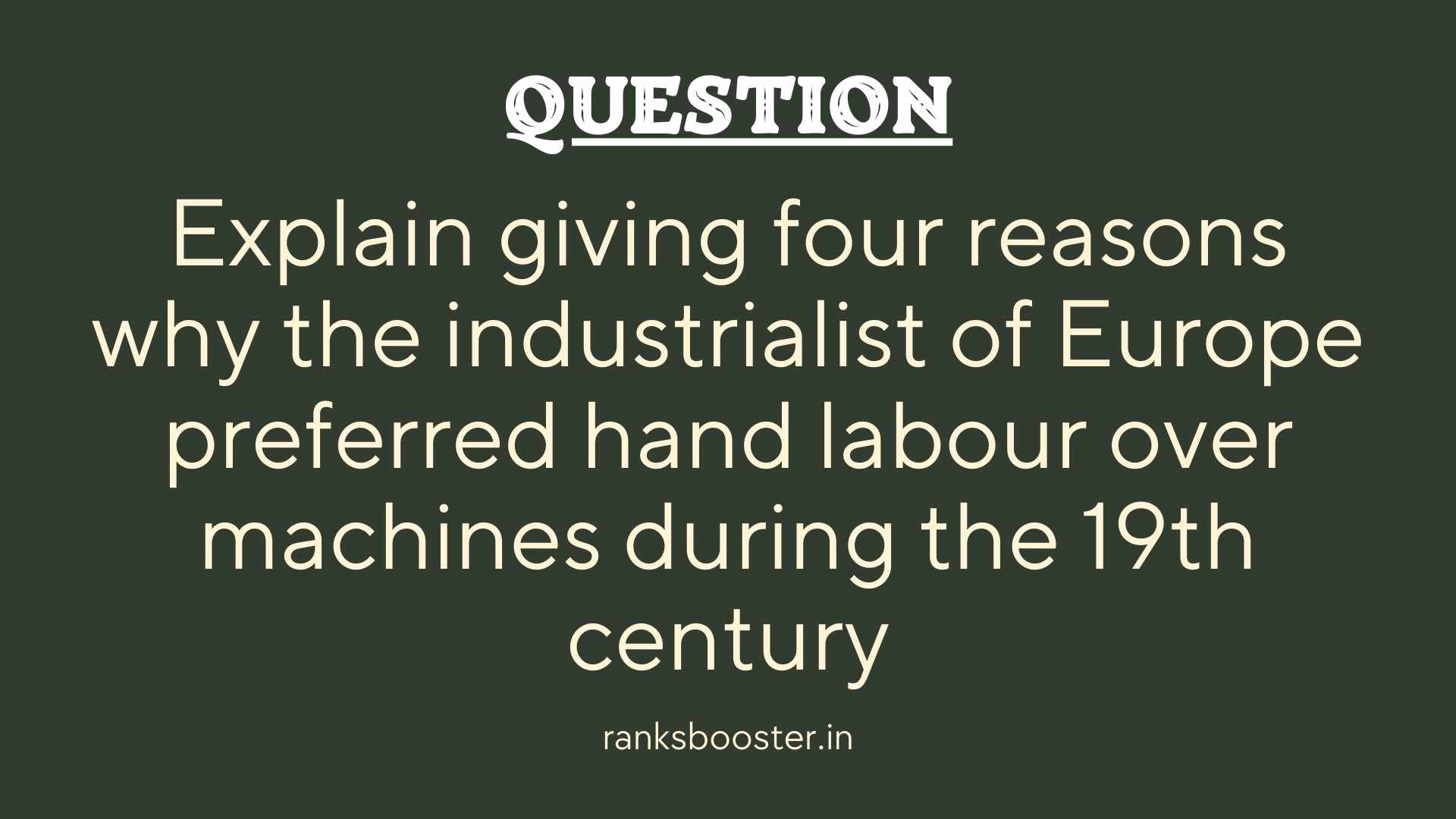