Question: Explain the role of Indian merchant and bankers in the network of export trade The age of industrilization clsas 10 histroy question answer

Question: Explain the role of Indian merchant and bankers in the network of export trade.

Answer: The Indian bankers were involved in providing with the financial needs. These bankers helped in banking money, transferring necessary funds and financing all the traders. The traders in India helped in shipping consignments and helping the consumers and buyers with the supplies that were needed. The merchants traded from Bombay, Calcutta and Madras to the Fertile Crescent, the Middle East and the neighbouring countries of the Indian subcontinent. After this, the businessmen had large amounts of which helped in expanding the business. 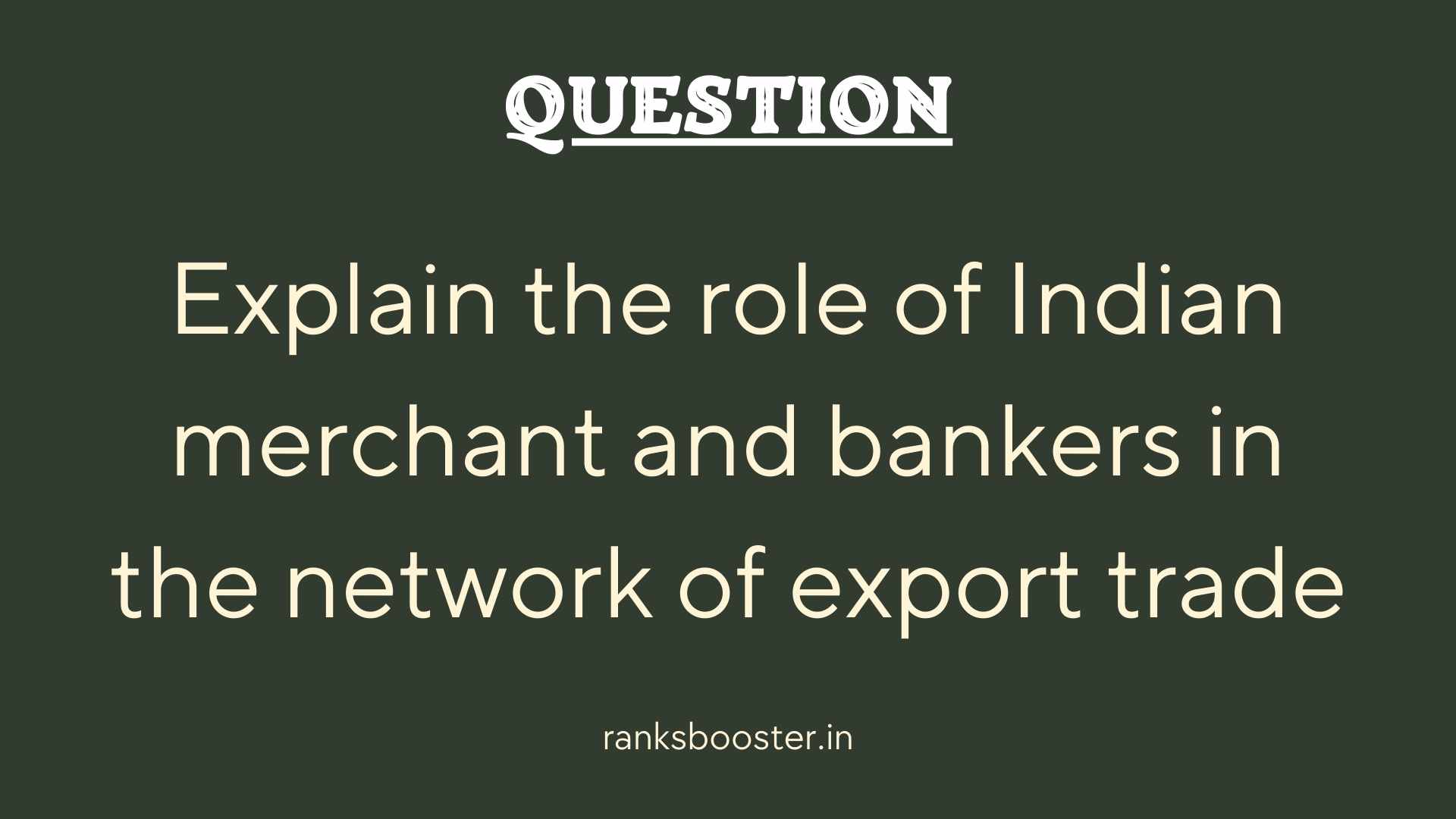