Answer: In these words, the poet wants to convey that the slum children have never gone out of the slum, so the world map was meaningless in the classroom. It was only through the open window of the classroom, that they could see the world outside. So he wants the window to be made bigger and the children should be able to come out and see the outside world for themselves. 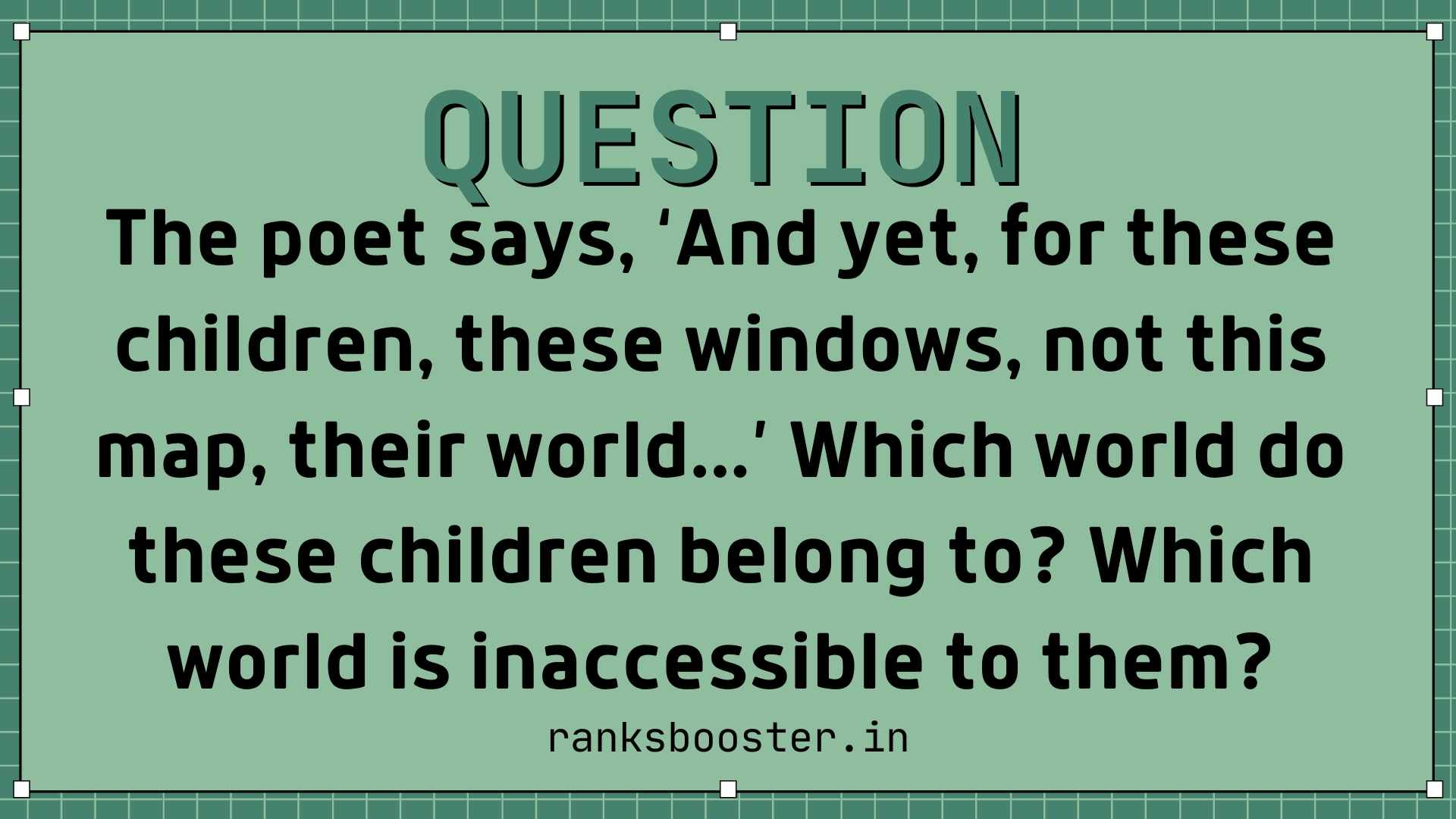