When did Bama first come to know of the social discrimination faced by the people of her community?

Question: When did Bama first come to know of the social discrimination faced by the people of her community? [CBSE Delhi 2009]

Answer: Bama came to know of the social discrimination when she was in class 3. On her way back from school, she saw an elder from her community carrying a small packet of eatables, by a string, without touching it. She found it very funny that a huge elderly man was carrying a small packet so strangely. Later on, she discovers from her brother that the real reason was that the landlords were of a higher class and thought that their food would get polluted if touched by people from her caste. 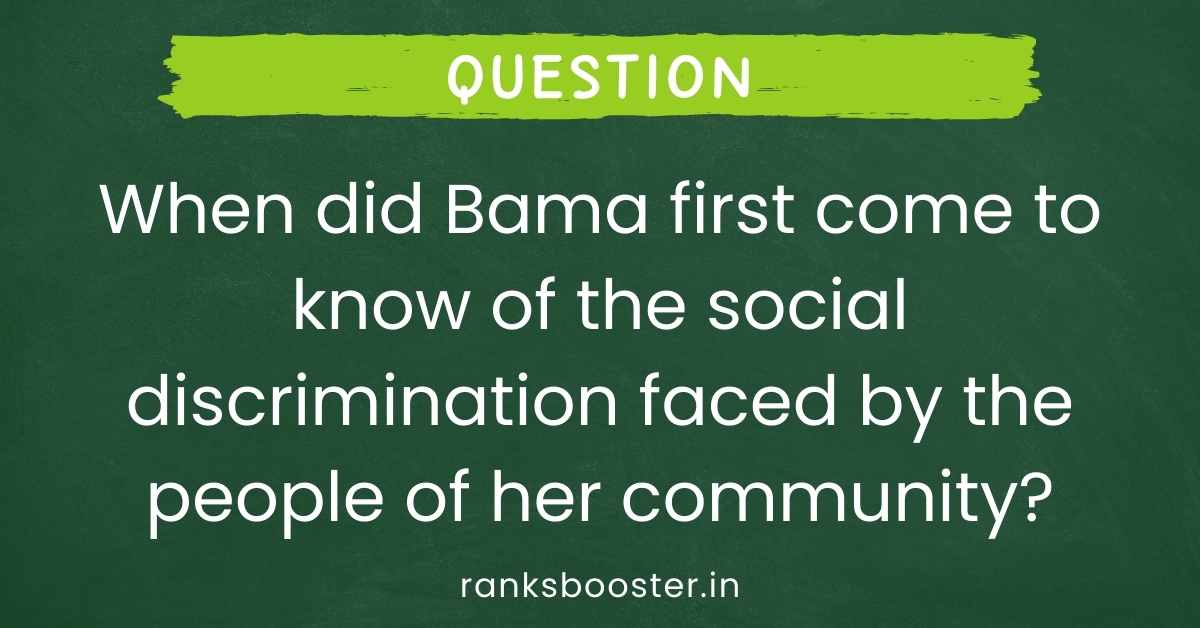