Question: Describe any four features of the Vienna Treaty of 1815 in Brief.

Answer: The treaty of Vienna of 1815 stated that all the changes that had come due to the Napoleonic war should be reversed. The four features of the Vienna treaty of 1815 were:-

1. The Bourbon dynasty which was removed forcefully was brought back into power. Under Napoleon whichever the territories was acquired by France was lost again.

2. On the boundaries of France, series of states established which prevented expansion of France, such as in the North-kingdom of Netherlands was set up; in the South Genoa was set up; on its western frontier - new territories and a portion of Saxony was given to the Prussia; the control of Northern Italy was given to Austria, and the part of Poland was given to Russia in the east.

4. The main feature of the treaty of Vienna was to re-establish all the monarchies thrown out by Napoleon and; in Europe new conservative order was created. 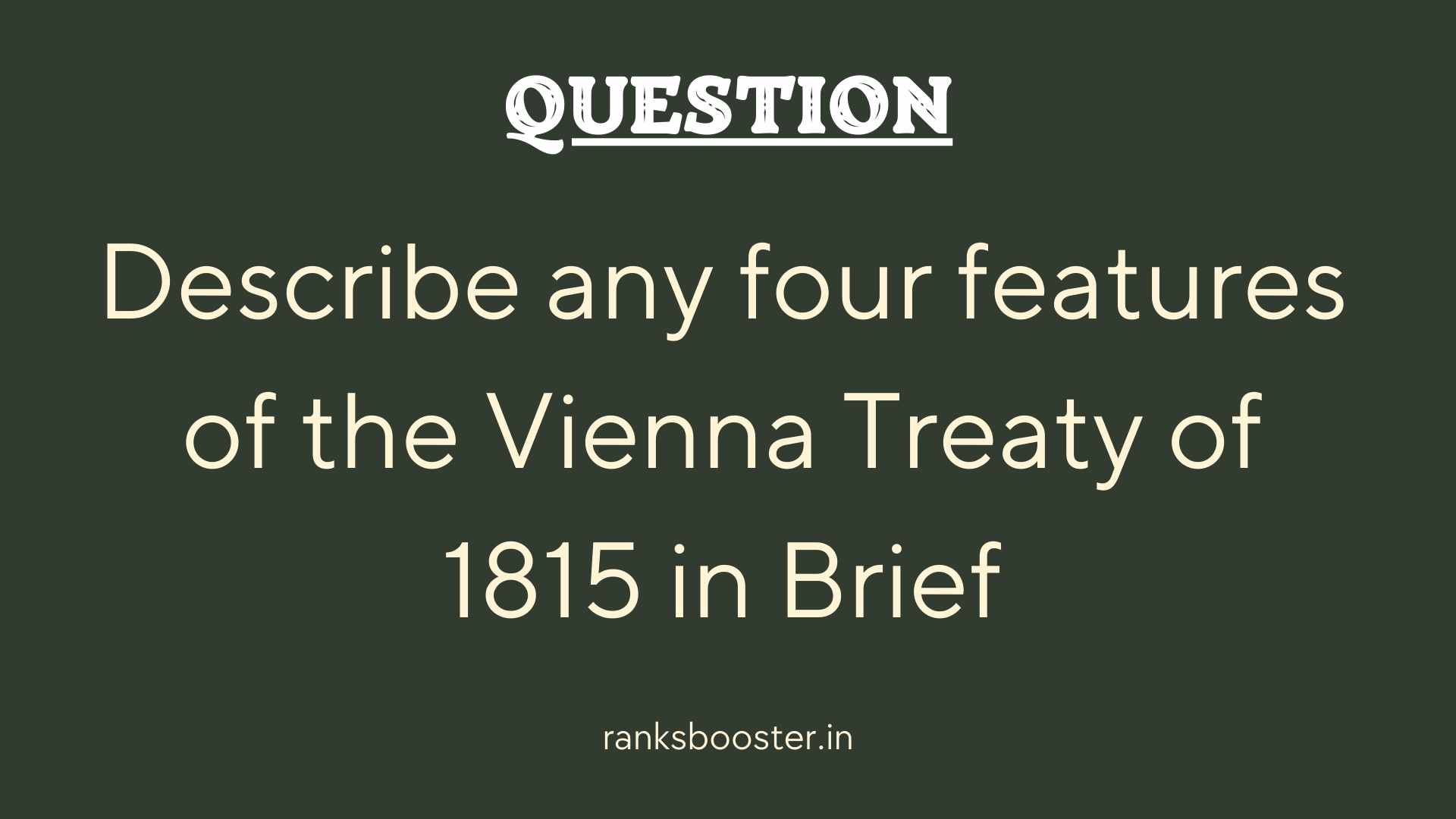