Otto von Bismarck was the architect of ‘German unification.’ Explain

Otto von Bismarck was the architect of ‘German unification.’ Explain The rise of nationalism in europe clsas 10 histroy question answer with detail

1. The middle-class population of Germany decided to unite the different regions of German Confederation into a nation with an elected parliament. The group of the large landowners called Junkers of Prussia supported the combined forces of military and monarchy. In this process, Prussia participated and took up the leadership and Otto von Bismarck became its Chief Minister.

2. He carried out this process of national unification with Prussian army.

3. In this process, three wars took place with Austria, Denmark, and France. Prussia won and eventually the process of unification was completed. Thus Otto von Bismarck along with his Prussian army came out as the architect of German unification. 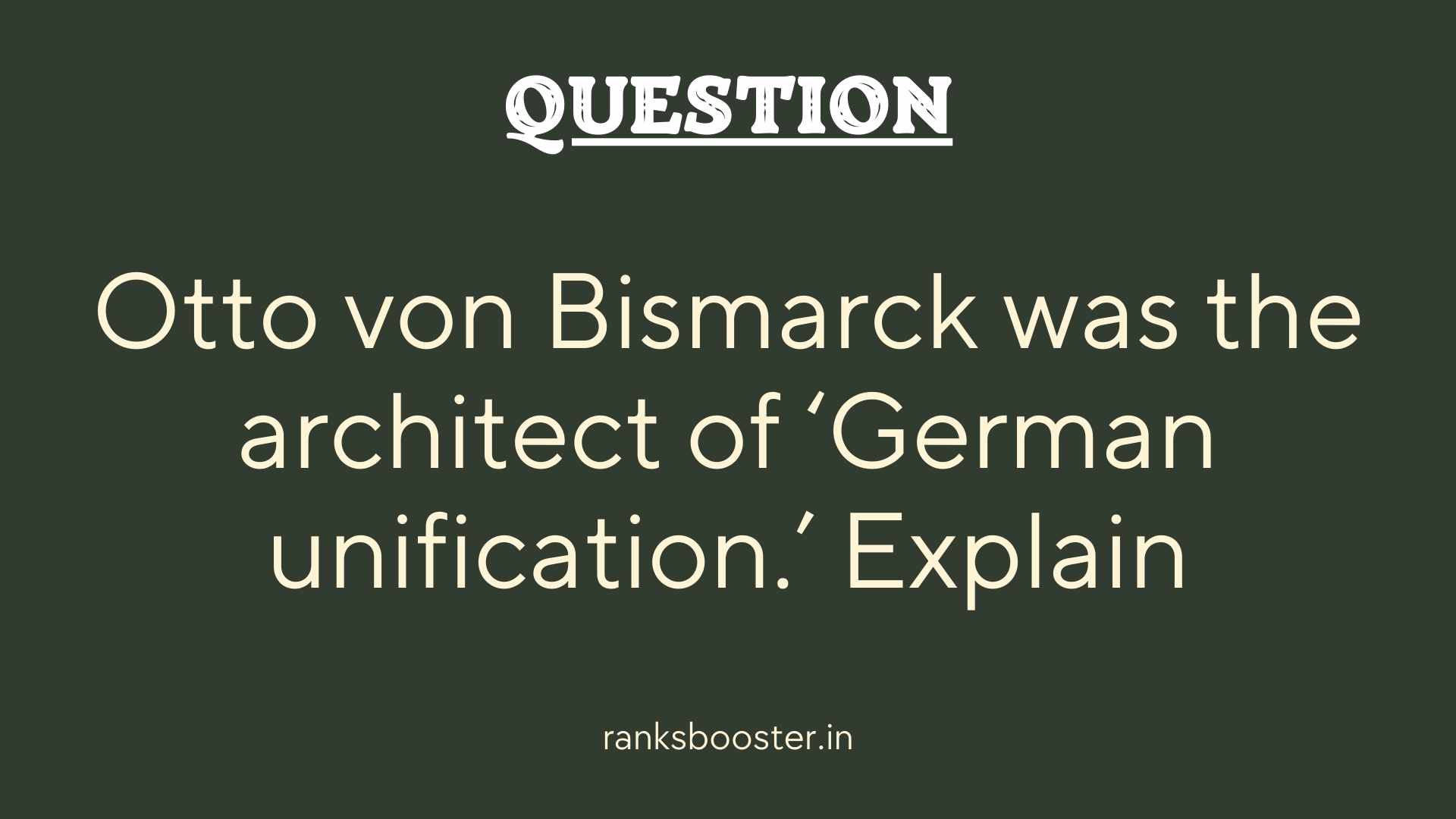