Question: Explain how did the 18th and 19th-century artist begin personifying a nation in allegory. The rise of nationalism in europe clsas 10 histroy

Question: Explain how did the 18th and 19th-century artist begin personifying a nation in allegory.

Answer: Artists in France found a way out by personifying a nation. In the 18th and 19th century artists begin personifying a nation in an allegory. Allegory is to reveal the hidden meaning of something or giving a form to formless. It means artists personified nation as a female figure not as a woman of real life but as a figure with physical existence and in concrete form. Also, Germania, the female figure personified as the German nation. In this figure, she wears the crown of oak leaves, and German oak Leaves stands for Heroism. There is one more image where Germania is standing with the sword for protecting the Rhine River. During the French revolution, artists created allegory by personifying a female figure as a symbolism of Liberty, Justice, and Republic. Specific objects and symbols were used to personify this. Like this only, in the 19th century, a popular Christian name –

Christened Marianne was shown as a symbol of People’s nation. Her characteristics were – the red cap, the tricolour, the cockade. Her statues were madeand she was shown on coins and stamps to make people remember their unity and identity. 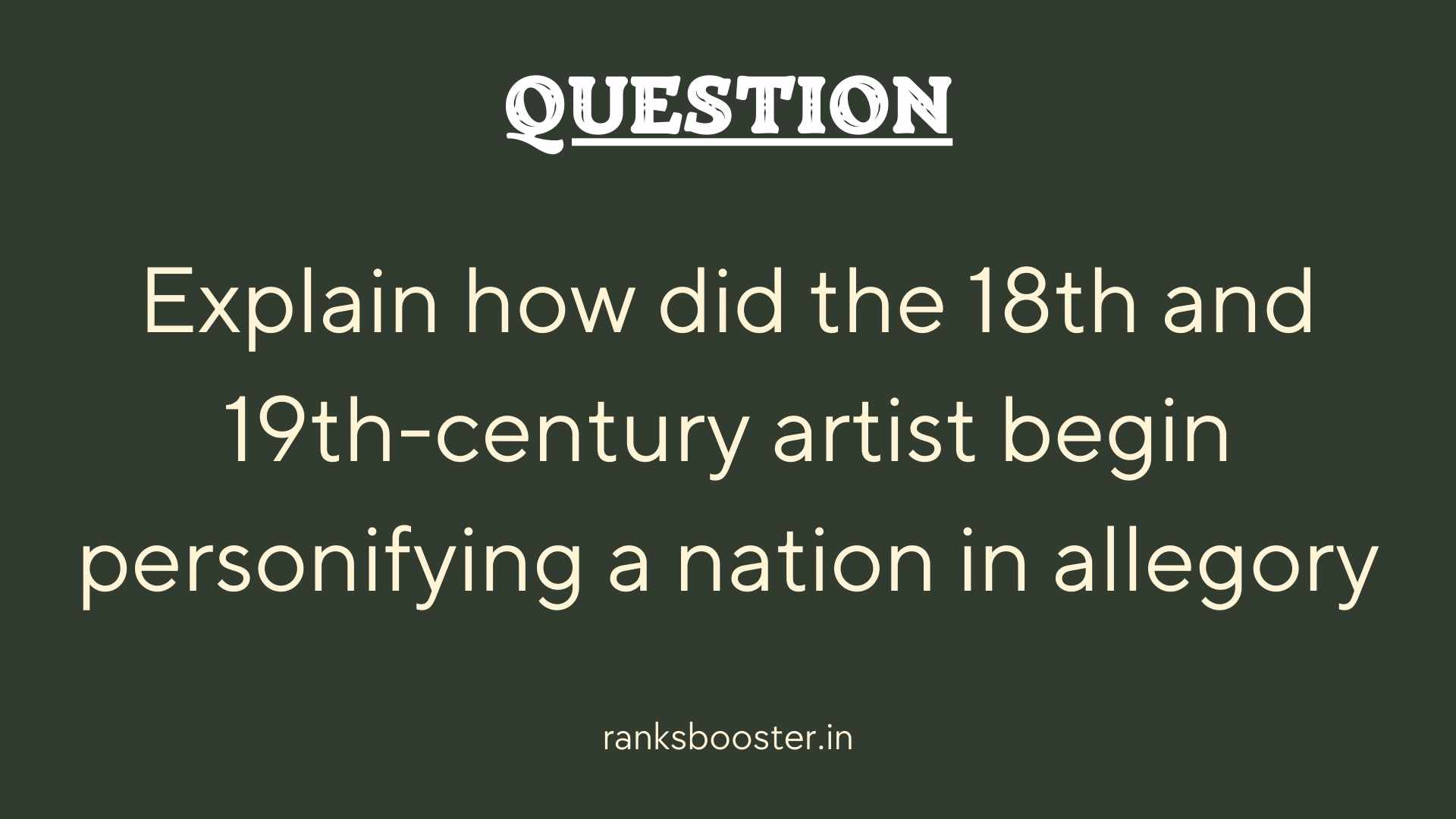