What do you mean by nationalism? Mention some factors which gave rise to nationalism

Question: What do you mean by nationalism? Mention some factors which gave rise to nationalism The rise of nationalism in europe clsas 10 histroy ques

Question: What do you mean by nationalism? Mention some factors which gave rise to nationalism.

Answer: The term Nationalism refers to develop sentiments or views towards one’s own country. It is the knowledge regarding the social, political and economic aspect of the society or of the nation to promote its interests or beliefs. Some factors which gave rise to Nationalism were:

1. Films, novels, Symbols, folklore, history, and songs motivated people and generated such feelings which inspired them to know their true identity and evoke the sentiments for their nation.

2. Some images or figures, for example – the image of a female figure not as a woman of real life but as a figure with physical existence and in concrete form. Also, Germania, the female figure personified as the German nation. In this figure, she wears the crown of oak leaves which stands for Heroism. She is also shown with the sword protecting the Rhine River. All this inspired the citizens of the country.

3. Many nationalists groups emerged when they saw incidents which made other countries attaining their goals and independence. For example – the events at Balkan which eventually became the major factor of the First World War inspired others to fight for their own rights.

4. Nationalists began to travel to different regions to collect folktales and to preserve those so that the individual could identify his national identity and generate the pride for its nation.

5. At the end of the 19th century, the reinterpretation of history gave rise to the nationalism. 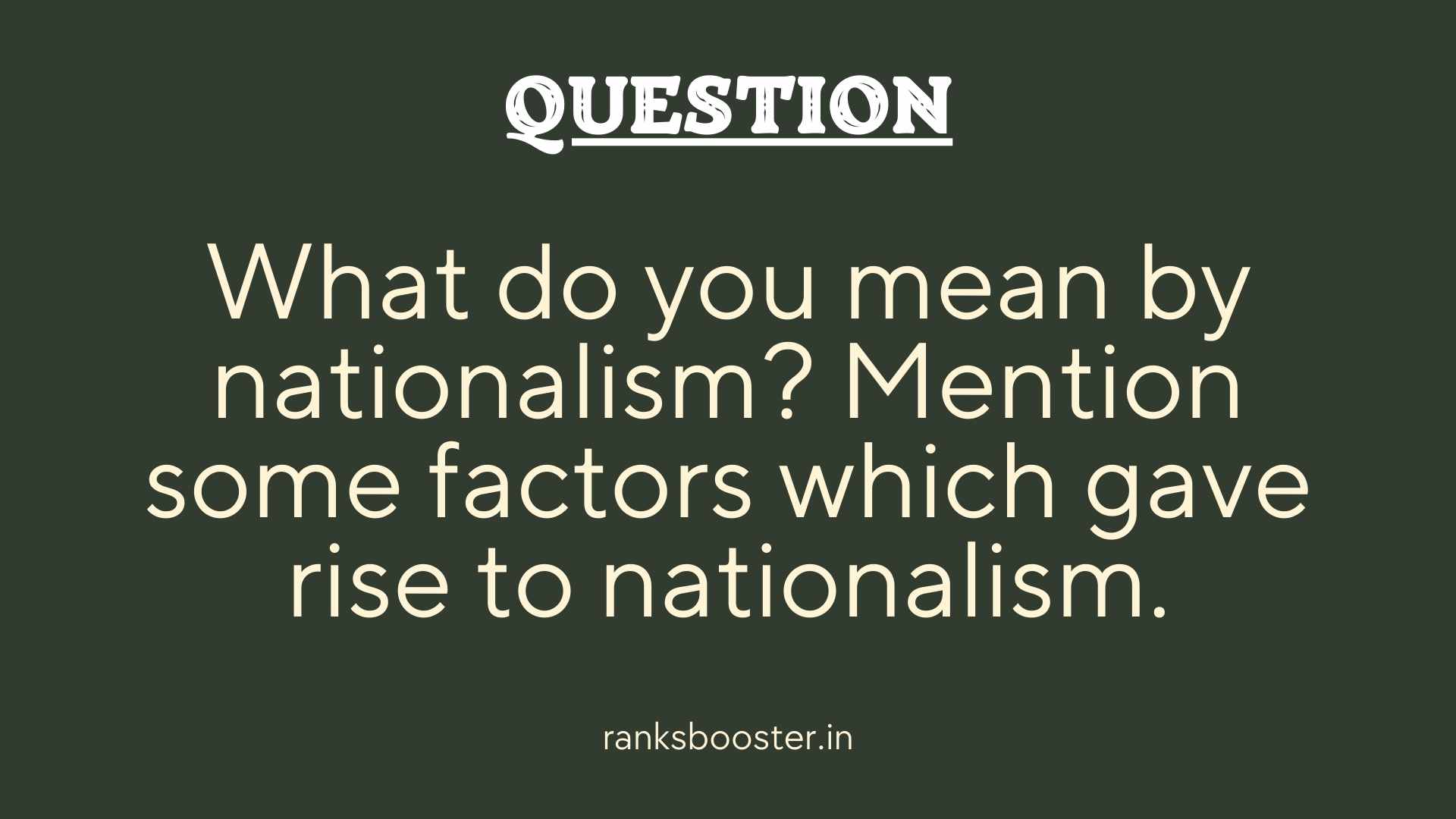