Why did nationalists tension emerge in the Balkans? Explain the reasons

Question: Why did nationalists tension emerge in the Balkans? Explain the reasons The rise of nationalism in europe clsas 10 histroy question answer w

Question: Why did nationalists tension emerge in the Balkans? Explain the reasons.

Answer: The nationalist's tension arose in the Balkans due to the following reasons which were: -

1. Many parts of the Balkan were under the control of the Ottoman Empire. The idea of romantic nationalism and the disintegration of the Ottoman Empire intensified the situation, even though Ottoman Empire tried to strengthen its position by introducing reforms but didn’t succeed, so the Balkan people demanded independence and political rights. They also proved that they were always free but later suppressed by foreign powers.

2. In Balkan, Slavic Nationalities were in search of their identity and independence made the situation worse. The Balkan states wanted to capture more territories no matter how; this made Balkans a big power rivalry.

3. During this time, the European powers conflicted on trade, colonies, naval and military. European powers - Russia, Germany, England, Austro-Hungary, wanted to establish their dominance in Balkan. All this led to the Nationalists groups to fight for their rights. 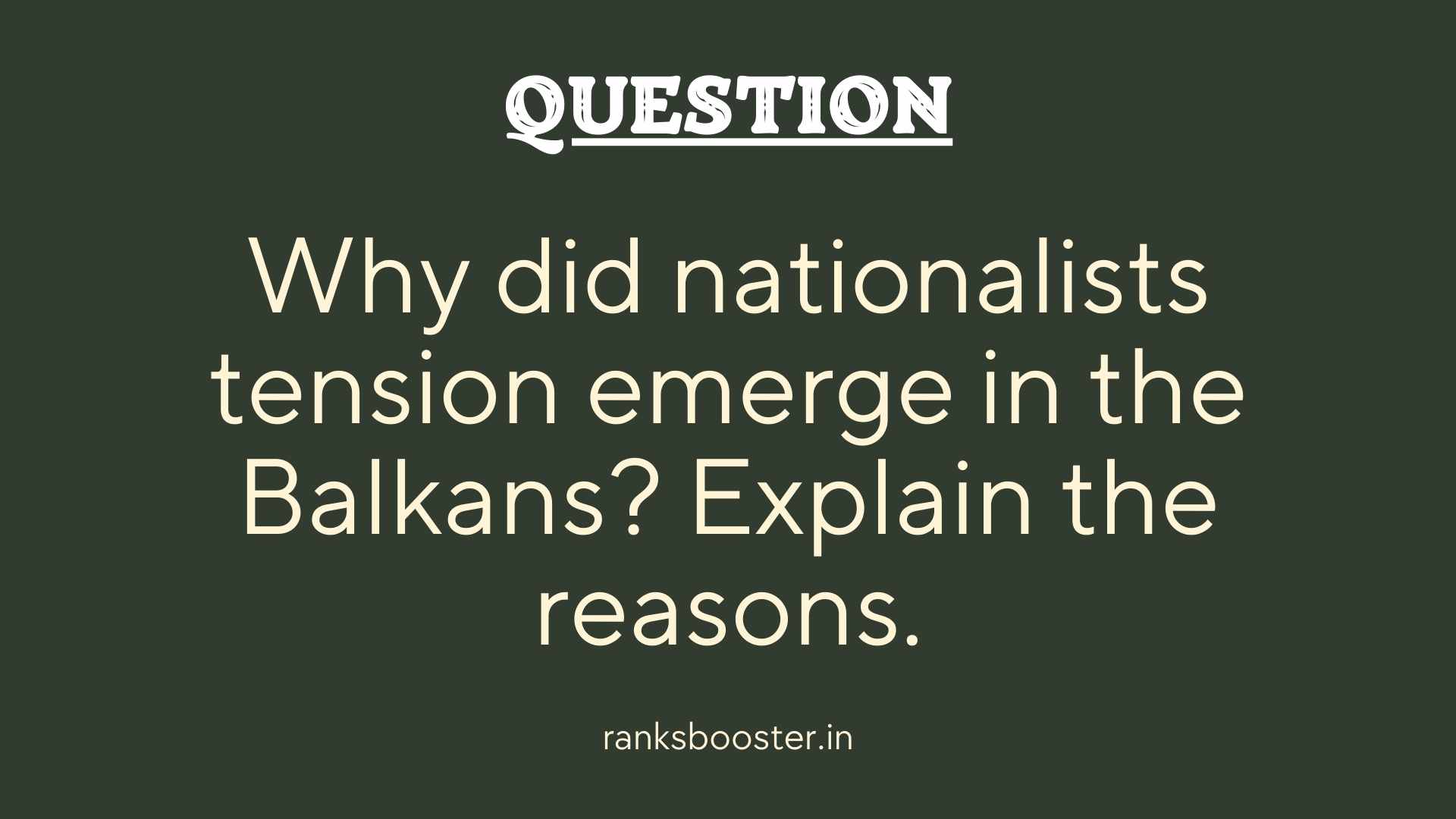