What was the impact of Act of the union on Scotland?

Question: What was the impact of Act of the union on Scotland? The rise of nationalism in europe clsas 10 histroy question answer with detailed explan

Question: What was the impact of Act of the union on Scotland?

1. Majority of the members of the British parliament were English people. Thus, growing British identity affected and suppressed the culture and political institution of Scotland.

2. The Catholic clans living in the Scottish Highlands got affected the most as they were suppressed whenever they fought for their independence.

3. The Scottish Highlanders were not allowed to speak Gaelic language and to wear national dress. They were also thrown out from their homeland. 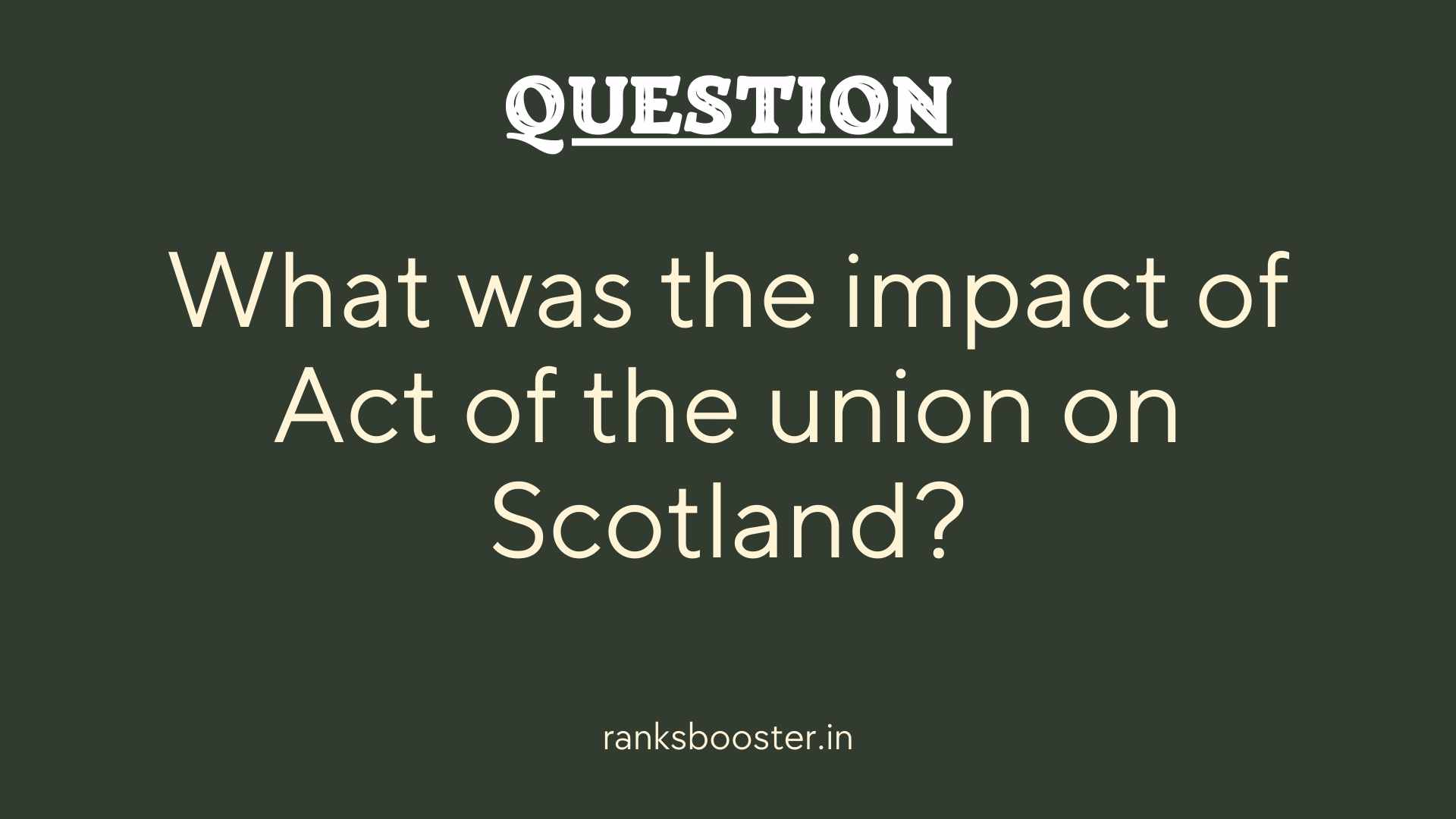