Answer: The process of industrialization was not very rapid; it almost took a whole century for all these changes to occur. The most important industries of Britain were metal and cotton; they helped the country in expanding their production. Small inventions and other inventions like the spinning jenny, the steam engine and the handloom helped in the production of cotton. There was no growth in the industries, but there was industrialization. The quality suffered a lot of all the products.

The various phases were:

1. The first phase was the division of labour in which the production was divided so that the company sustains itself.

2. The second phase was increasing the scale of production so that a large number ofgoods are produced. Also known as proto-industrialisation.

3. The third phase of industrialization led to increased productivity and efficiency which is a result of the first two-phase. 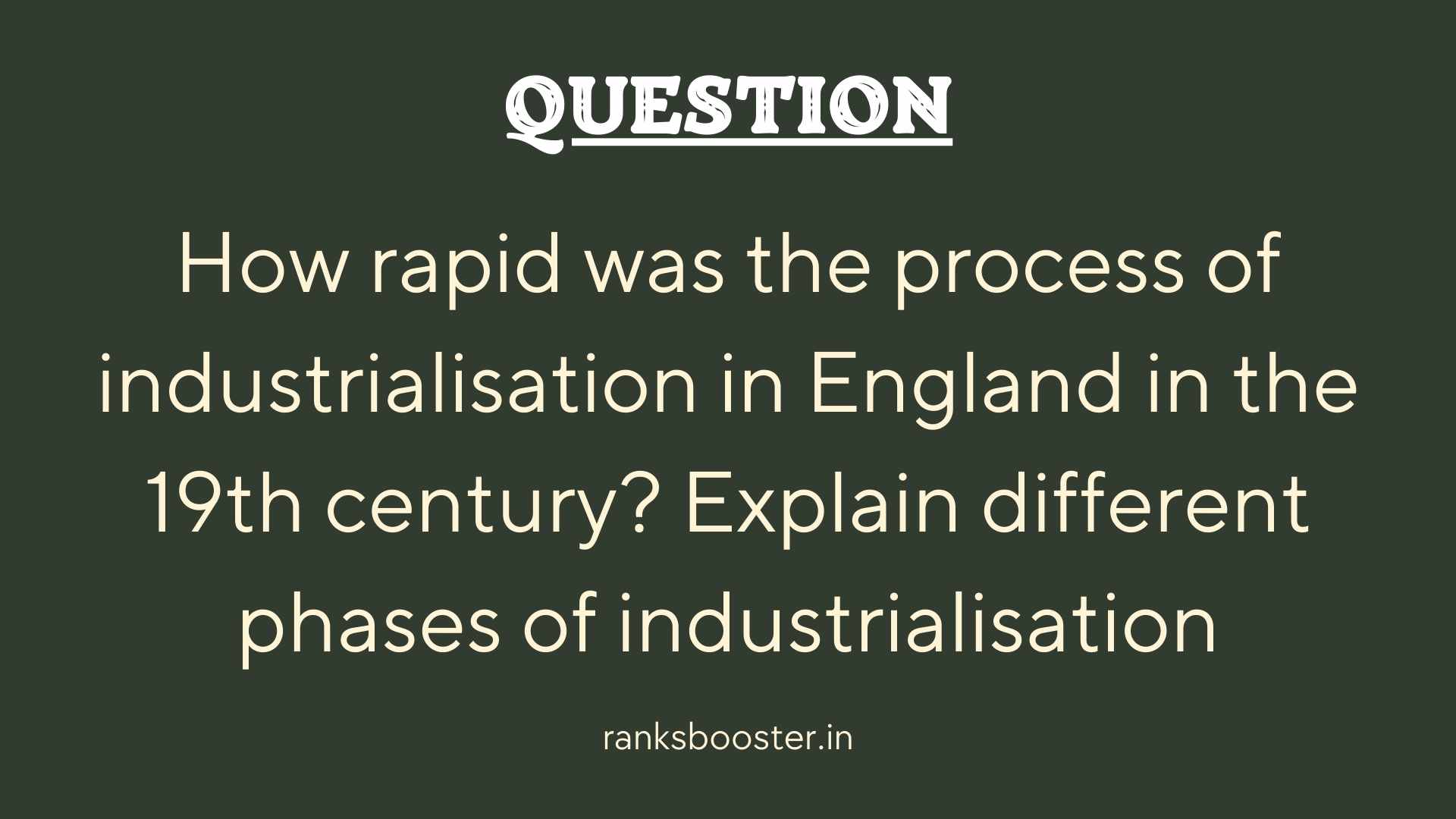