Name the person who invented movable type printing in Europe

Answer: Johannes Gutenberg who was born in Mainz in Germany. He was the one who invented the irst movable type printing in Europe. He and his father were a goldsmith, so they were aware of how to cut punches for making moulds. Thus, he used the same technique in the press that he invented. 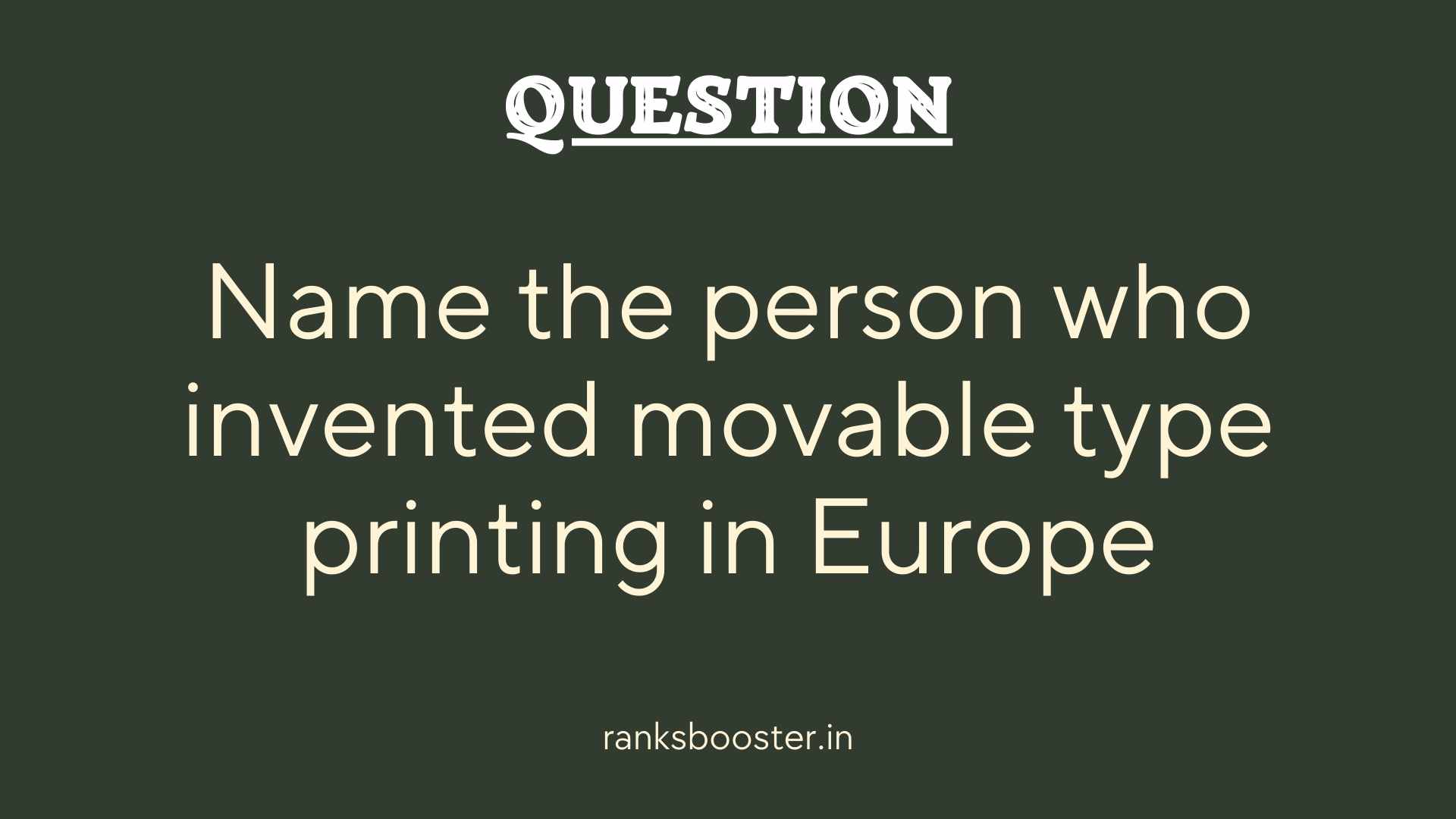