Why did the Indian trade network break down in the 1750s? Explain any three reasons

Question: Why did the Indian trade network break down in the 1750s? Explain any three reasons The age of industrilization clsas 10 histroy question an

Question: Why did the Indian trade network break down in the 1750s? Explain any three reasons.

Answer:   Weavers gave their whole time to weaving thus accepted the fixed price of the market.

1. The appointment of Gomasthas led to the decline as they were the ones who took the place of the brokers and the middlemen which led to direct contact which was even worse as it led to high corruption and exorbitant tax. The brokers went bankrupt.

2. The system of loans and advances led to the Indians weavers taking more loans which led to the accumulation of tax and debt at a huge rate. These debts could never be repaid and ultimately led to all the producers getting caught in a debt cycle.

3. There were reports of fights and problems between the weavers and the Gomasthas, and the weavers left their villages, thus deserting them. 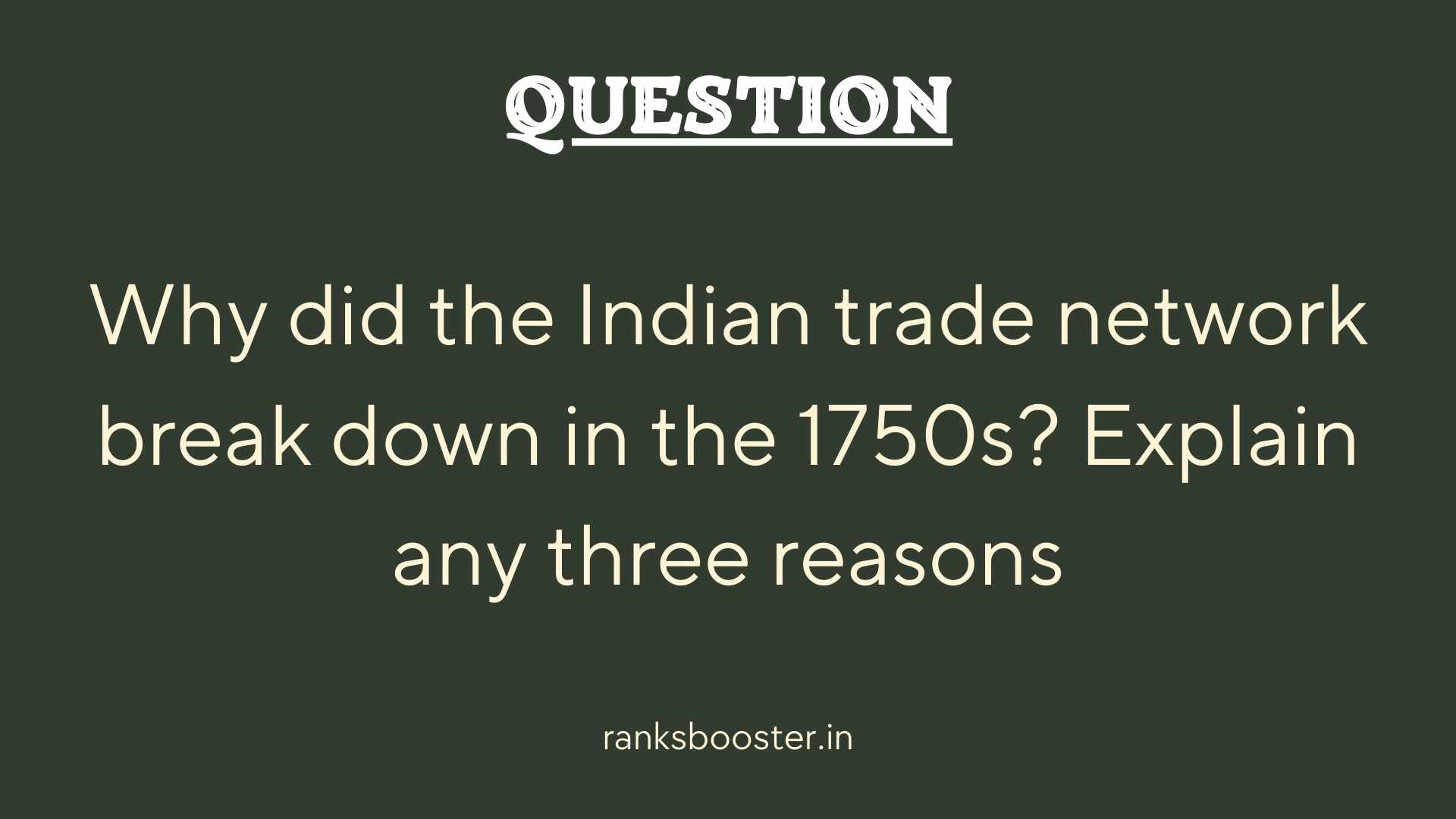