How has Aunt Jennifer created her tigers? What traits of tigers do they reveal?

How has Aunt Jennifer created her tigers? What traits of tigers do they reveal? [CBSE (F) 2013]

Answer: Aunt Jennifer has embroidered the tigers on a panel with an ivory needle and wool. The tigers that she has created are wild and free. Bright golden yellow denizens of the green forest. They are fearless and bold, jumping around with confidence, totally opposed to her own character. 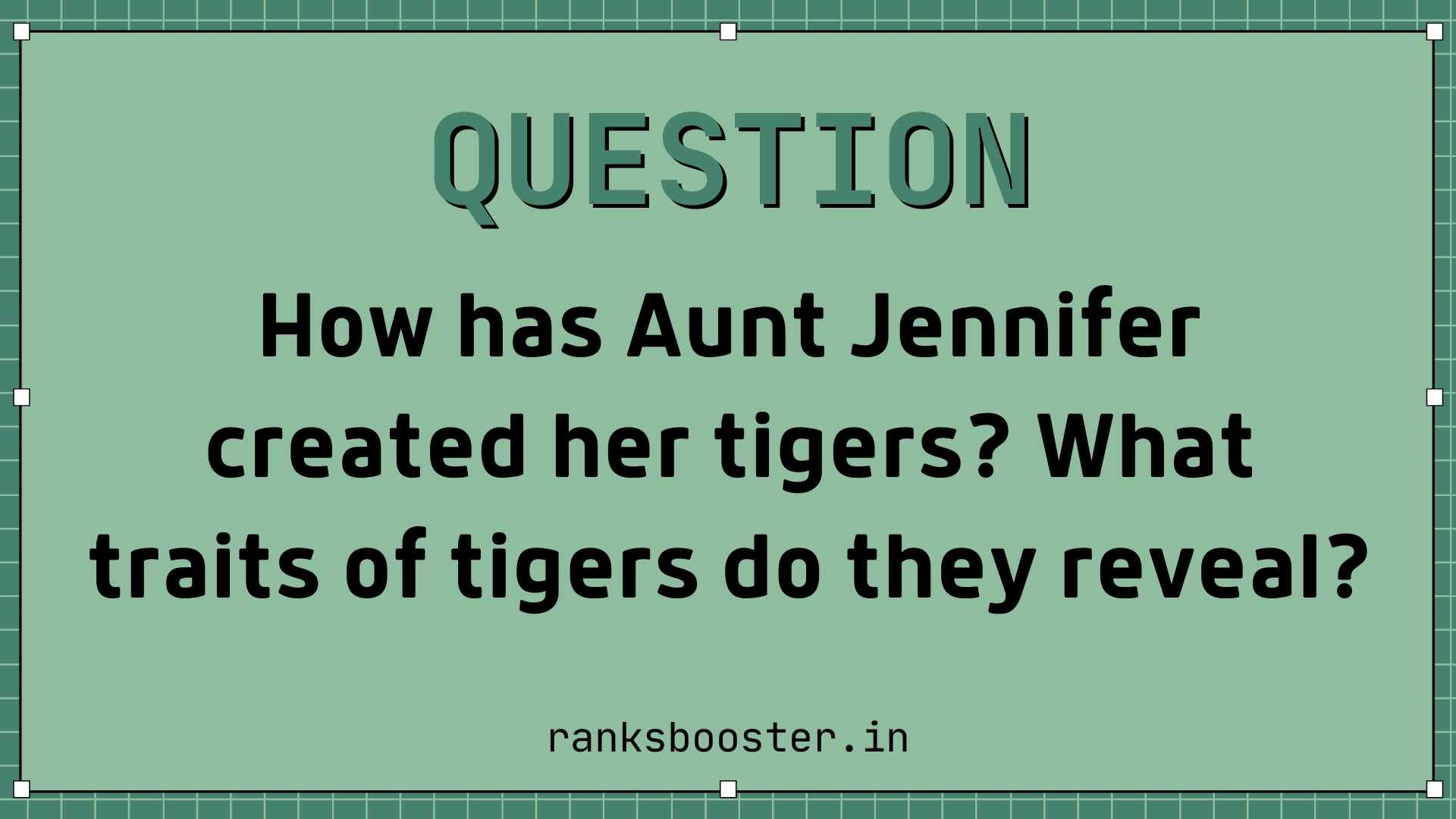