What do you mean by the certainty that the tigers possess?

What do you mean by the certainty that the tigers possess?

Answer: The tigers used to fear the men. But once they were made by Aunt Jennifer, they learnt courage. In their new birth, these tigers feel at ease and confident. Now they do not have to run away from anyone. They move slowly. They run ferociously 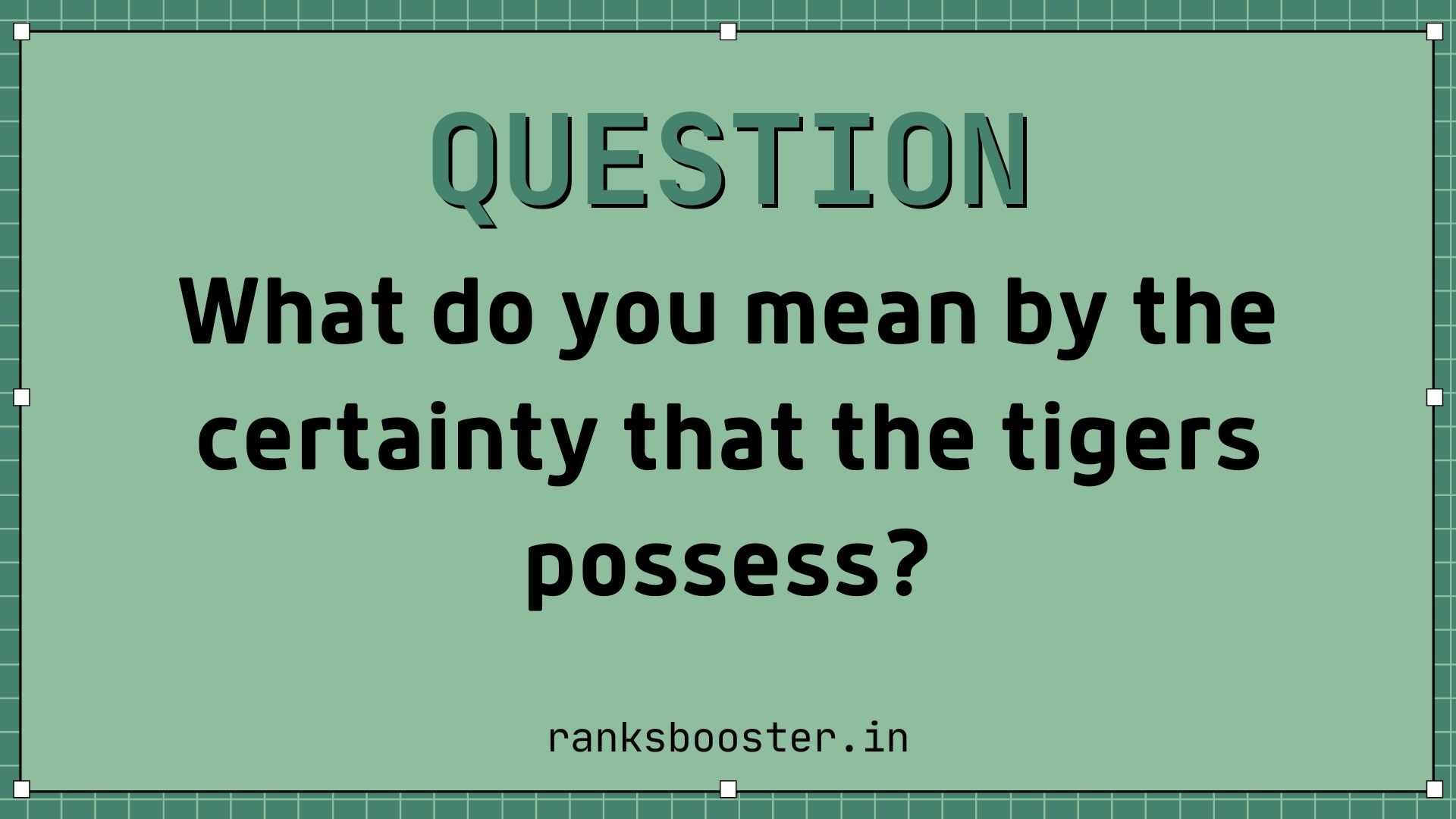