Why did Rajkumar Shukla invite Gandhiji to Champaran? How did Gandhiji solve the problem of the indigo farmers? [CBSE (AI) 2013]

Question: Why did Rajkumar Shukla invite Gandhiji to Champaran? How did Gandhiji solve the problem of the indigo farmers? [CBSE (AI) 2013] Class 12 En

Question: Why did Rajkumar Shukla invite Gandhiji to Champaran? How did Gandhiji solve the problem of the indigo farmers? [CBSE (AI) 2013]

Answer: Rajkumar Shukla was a poor peasant from Champaran. Under an old agreement, the peasants were compelled by the British to grow indigo on 15% of their land and part with it as rent. For this, Rajkumar Shukla had been advised to speak to Gandhiji who he was told, would be able to do something about their problem. The landlords had learned that Germany had developed synthetic indigo. They forced the sharecroppers to sign agreements to pay them compensation to be freed from the 15 per cent arrangement. The sharecroppers, who refused, engaged lawyers. The information about synthetic indigo reached the peasants who had signed the agreements. They wanted their money back. Gandhiji organised a gathering of the peasants at Motihari around the court. This was the beginning of their liberation from fear of the British. Though Gandhiji co-operated with the British and regulated the crowd, but it was clear proof that their might could be challenged. He inspired the lawyers to fight for justice for the sharecroppers. After the inquiry committee’s report, the peasants expected the entire sum of money as a refund, but Gandhiji asked for 50% only. He was offered a refund of 25%. Gandhiji accepted it. According to Gandhiji, at that stage, money was less important. The landlords had to surrender their prestige and the peasants realised that they too had rights. This was their first lesson in courage. This is how their problem was solved. 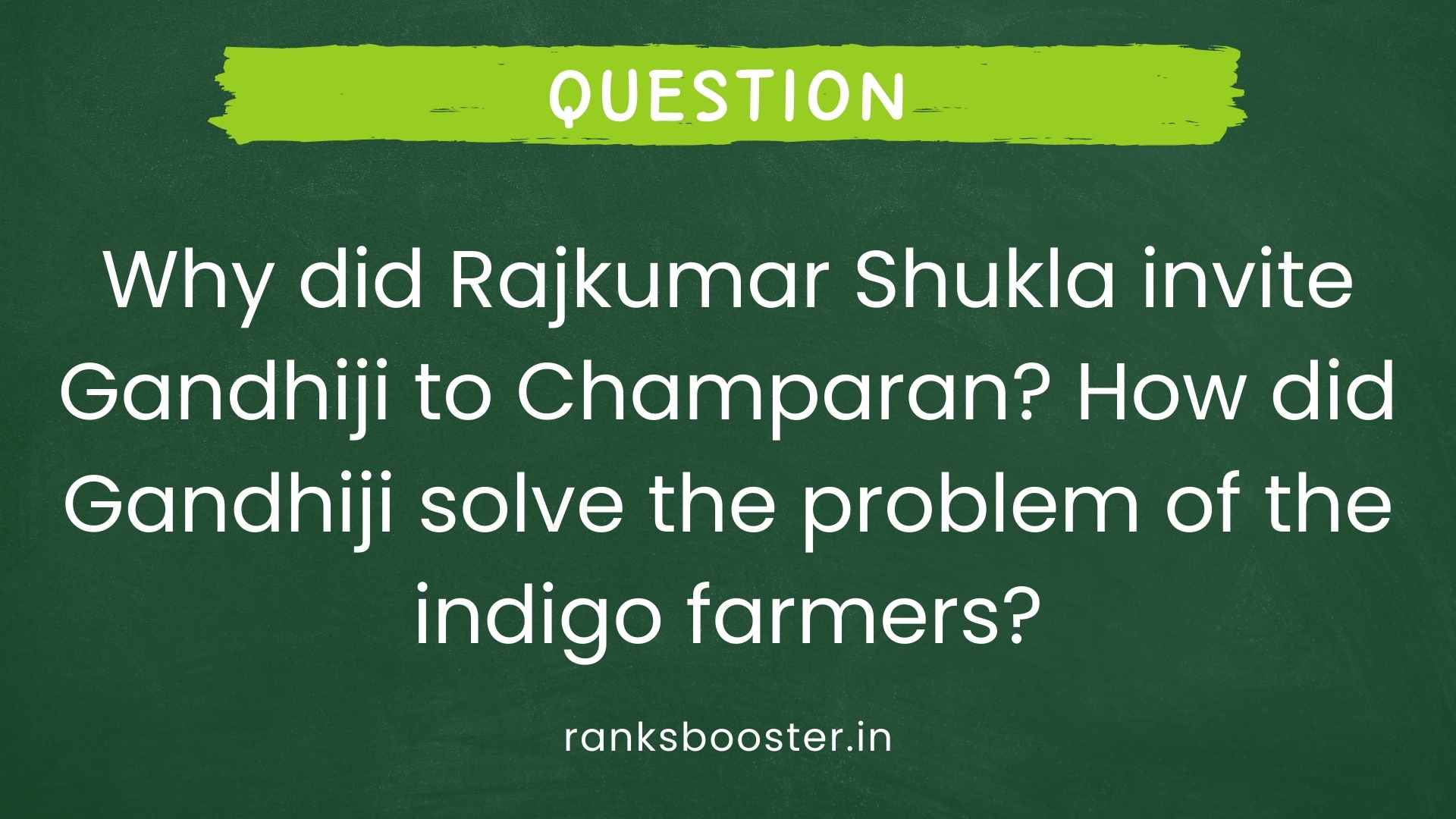